Three goals by Mohamed Salah for a smooth 3-0 win over Bologna.  Luciano Spalletti’s side back to four points behind league leaders Juventus.

It was a great performance by the winger and a solid display by the team.  De Rossi was absolutely gigantic in midfield, Nainnggolan coming back to his standards, Dzeko worked hard often behind the wingers, offering marvellous passes to his teammates.  Perotti was a thorn in the side of the Bologna defense creating constant threats.  In defense Rudiger and Fazio did well with a confident Scznesny as guardian angel. On the bad note was Kevin Strootman. He made many mistakes, he’s not at his best and you can see that, hopefully is a mental state rather than physical.  The day the “washing machine” will be back to recycle then Roma will have a formidable setup in the middle of the park. 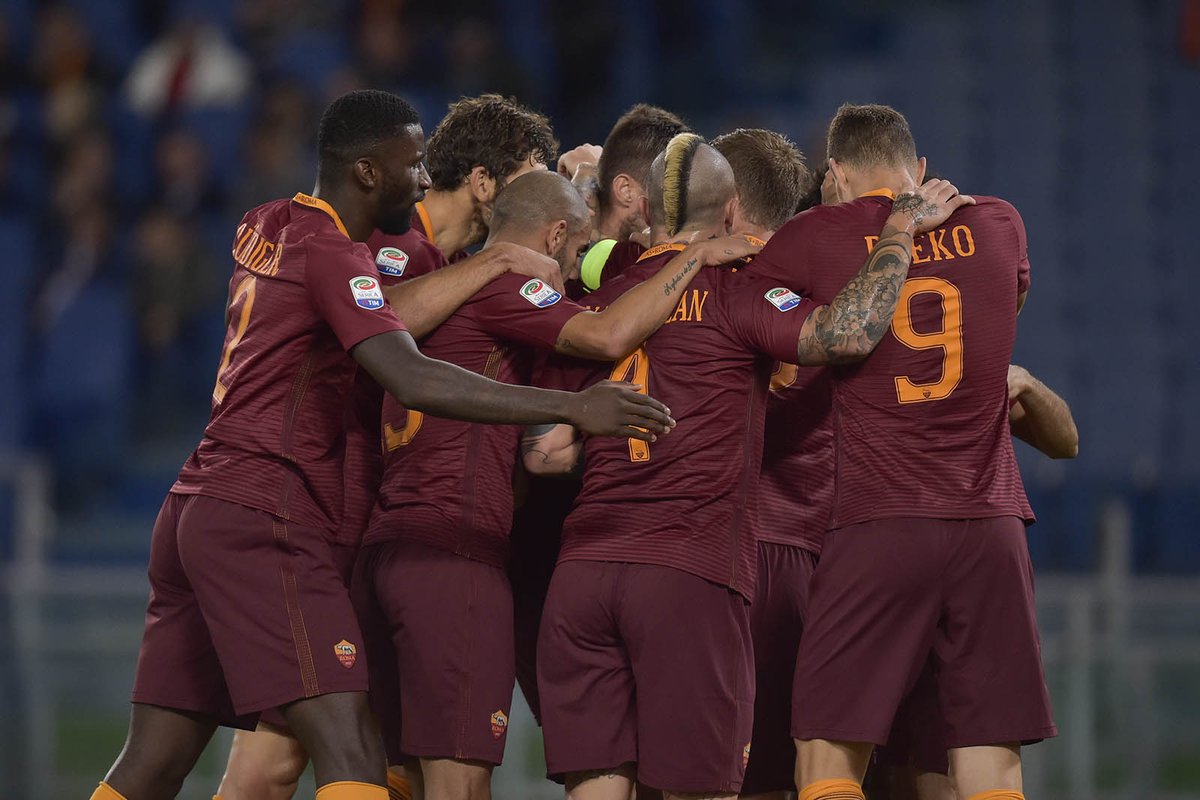 So, another emphatic home win for the Giallorossi.  We were particularly impressed with the growing confidence, after a brilliant start the first half went into stalemate for a while, as if Roma were testing Bologna in a boxing match, lets’ wait and see what you can do. Then, when the time came a series of sucker punches followed, rattling the face of a Bologna side unable to cope with the tsunami style attacking force. Salah could have scored a fourth goal, had one good disallowed, Dzeko tried to get on the score sheet, went close but he just could not this time.  We are sure he will soon do it again.

Now it’s International duty break, many of our players will be rested.  Chance to do a reckoning of the injury list.  We’ll be back with a delicate match against on-form Atalanta, 6 win in the last 7 matches.  Roma need to go the Azzurri D’Italia Stadium in Bergamo and show who’s the boss here!  Daje. Forza Roma!