Fresh off beating Lazio with Strootman in the starting lineup, Roma were in a confident mood ahead of the Milan game last night but it was not an easy one.  The first half showed a rather sterile attacking display, until Nainggolan’s moment of inspiration proved to be the difference.  Ninja was exceptional, all over the place, a truly gladiator on the pitch, eventually sealing the win with a fantastic curling shot with his left foot.  Before that, Szczesny saved the night, Niang missing a crucial penalty.  A game changer.

Edin Dzeko and Kostas Manolas were the other two giants. Dzeko tirelessly worked hard for the team, tackling, winning balls and looking for the right opportunities.   Manolas was a dike at the back, fighting on every single move that came from the Milan side.   Overall, it was a deserved win, but the first half saw Spalletti’s men suffering the young Milan side passing around midfield, although hardly any chances came near our keeper.

This team is not yet conscious of its own capabilities, they need to grow self-confidence, it was clear that if they pushed on the accelerator last night the game would have been wrapped up long before the ref blew the final whistle.  This vital win put Roma to within four points of Serie A leaders Juventus ahead of Saturday’s top-of-the-table clash in Turin. 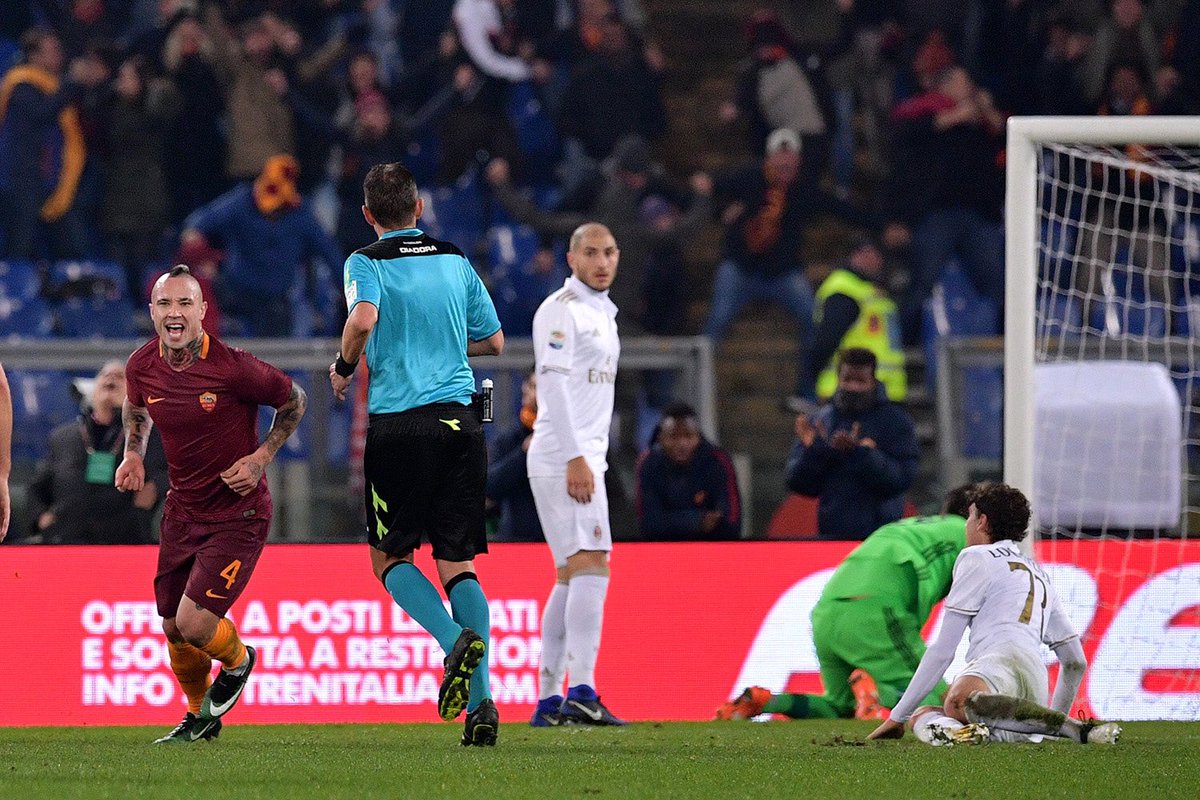 Nainggolan’s individual brilliance ensured Roma goes to the Juventus Stadium next Saturday with the right motivation.  It won’t be easy but it won’t be impossible.  It will physical and mental.  To get a result we need to match them everywhere on the pitch. Manolas need to be like Bonucci, Strootman like Marchisio and Dzeko to fight like Manzdukic.  Of course, they have Higuain, and Dybala.  But we have our weapons too.  Only confidence, concentration and determination will bring joy back to Rome.  Daje Roma!