An entertaining match!  Frenetic and pulsating until the last second!  It was an open match, with lots of scoring chances on both sides.  At the end, Roma clinched a 2-1 victory thanks to Dzeko’s early goal – his fifth of the season, and Manolas’ first goal of the season, via a deflection off Mauro Icardi.  A well deserved win.  With this result, Roma climbed to third in the Serie A table moving them level with AC Milan, Chievo and Lazio on 13 points.

Luciano Spalletti threw a few surprises with his team selection from a tactical perspective.

Radja Nainggolan was dropped for the recent bad form.  Alessandro Florenzi was pushed into midfield. That saw Bruno Peresshift across to his natural right-back position, with Juan Jesus coming in at left back. De Rossi acted as a screen in front of the defense, with Edin Dzeko leading the attack.  Francesco Totti was left on the bench. 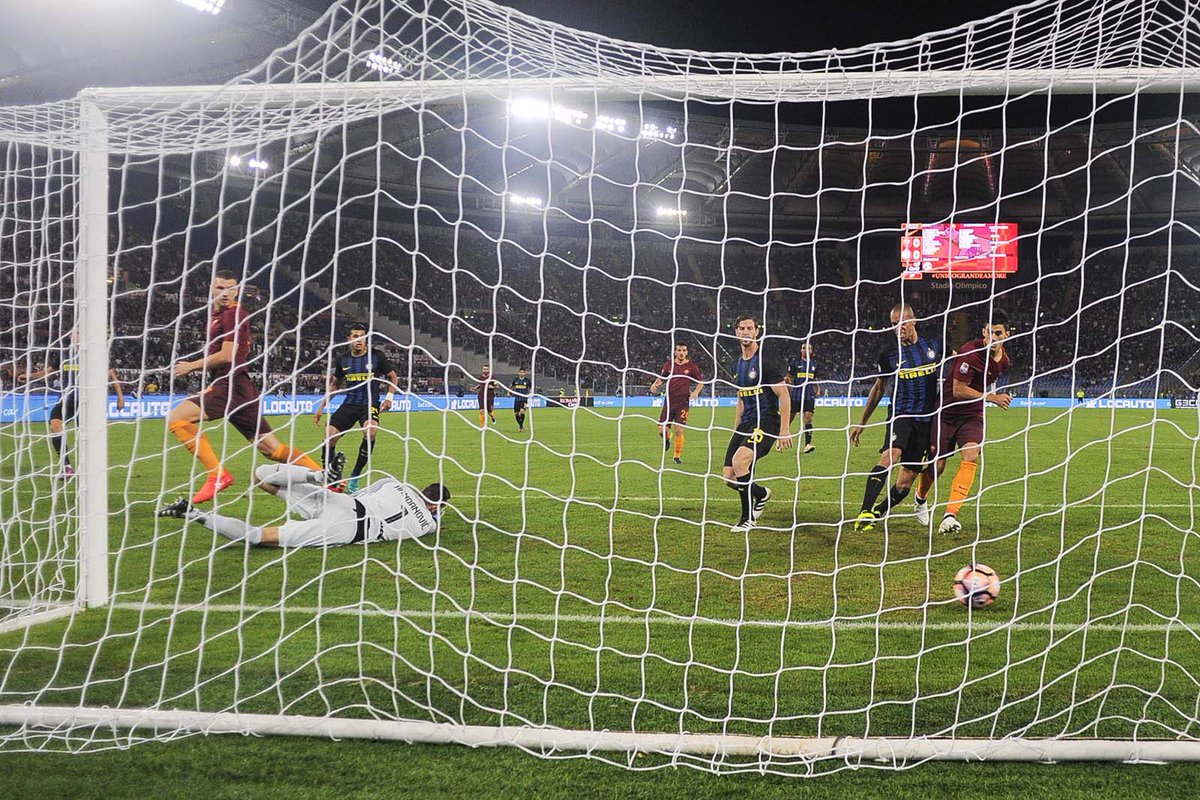 Our tactical analysis before the match yesterday remarked to watch our for many of Inter’s options, from Candreva’s crosses to Icardi’s finishing. They did a great job to stop them.

Overall, it was a great performance and we have to praise the players on this occasion.

For the first time this season Roma have kept the same intensity and composure for 90 minutes.  No distractions or sleeping pills.

The team played as a team.  Dzeko has done well what he does best:  Keeping the ball, opening space for his teammates, defending and attacking.  Yet, this time he was also able to attack the ball and score like a vulture.   It was the best game he had since arriving in Rome. De Rossi and Manolas were like dykes at the back.  Florenzi and Strootman kept the midfield tight against the likes of Joao Mario and Banega.  Salah was a thorn on the side but still does not make the right choice in front of the keeper.

However, one ought to highlight that both defenses were very exposed, both keepers made some incredible saves. At the last gasp, in the dying seconds, Szczesny and the crossbar denied Inter a late equalizer.  And what if the game had ended 2-2? What would have been our comments this morning?

Next game is at Napoli, who lost to Atalanta. It will be a tough test, especially for our defense.  We have two weeks to practice now; next week there is no Serie A for international duties, so a little break for now.  A deserved one! Forza Roma.