Vienna is conquered, the Danube today is red and yellow.

Despite several players missing in defense Roma dominates at the Ernst Happel stadium.  But it did not start too well, in fact we’re down by a goal after one minute. But an immediate reaction followed, drawn from our usual “Dzeko on Fire” with a brace that put down the Vienna side.  It ended 2-4 with the other two goals scored by De Rossi and Nainggolan.

Roma rebuilt the team a lot in defense so much so that the young Marchizza in Cork tells us that he was summoned by Spalletti to reach the first team in Vienna.  As soon as the Youth League match at Turner’s Cross Stadium is over, the young defender flies back to Rome at night to depart again the next morning to Vienna. 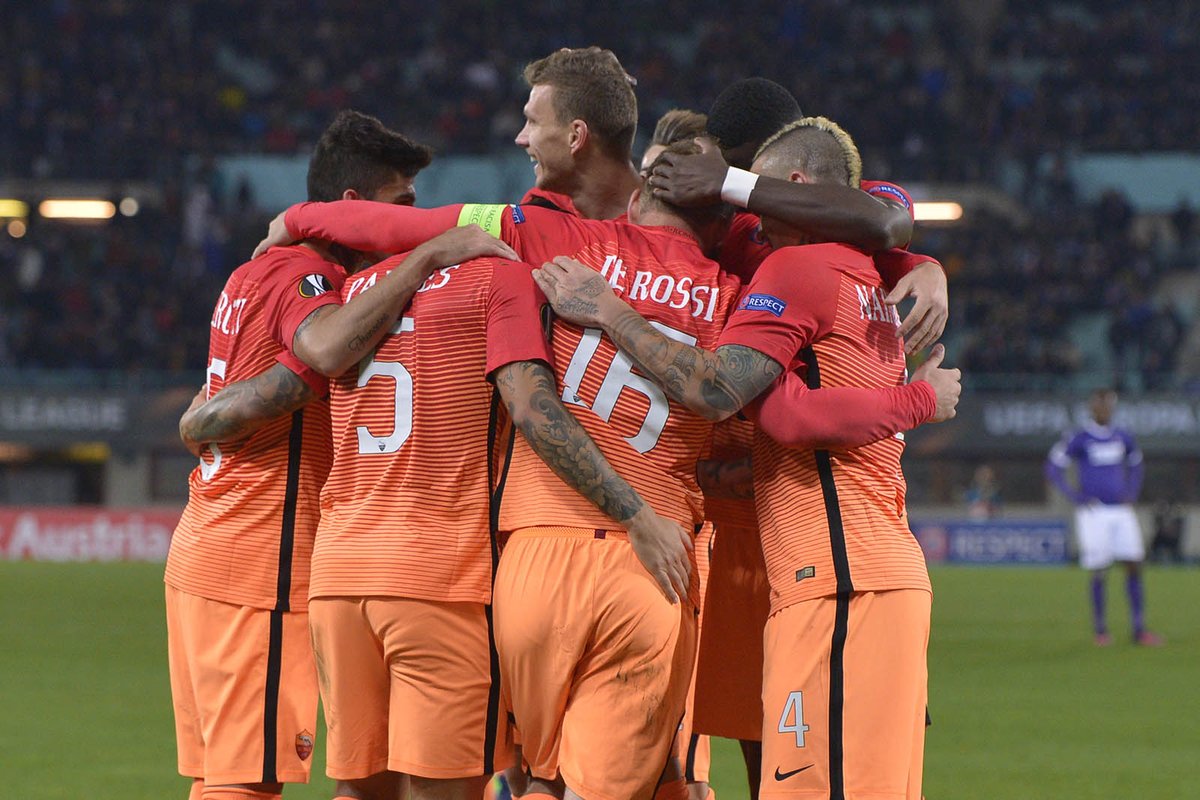 The Austrians aren’t so much a team to fear, we still can’t believe Roma have conceded 5 goals in the two matches played.  In addition, while leading 1-4 we were still able to concede another in the dying seconds, team concentration to be reviewed.

Positive notes: the return of Rudiger playing 90 minutes and the good performance of Leandro Paredes, he might become a great player when it will begin to make more passes in a vertical rather than horizontal.

With this victory and the tie between Astra and Plzen we are now top of the group. Now it would be crazy not to win the group. Seen how’s Manchester Utd doing recently, Roma have an obligation to try to reach the final of the Europa League.

Other positive note: The big night of the Roma Youth team in Cork, our flags and chants, and the final embrace with players in the stands.

An unexpected victory in some ways, the game was heading towards a 1-1 draw after the penalty miss by Cork, when in the last five minutes two goals on the break by our guys; the place went mad and our boys wild ride to embrace us all.

It fills us with pride the appreciation of these guys for the support received. One day some of them may have them to wear the shirt of the first team on a permanent basis. But to do this they shall remain down to earth and work hard.

Best wishes to the team and to Alberto De Rossi for the rest of the season. Forza Roma!