Let’s start with bad news. Alessandro Florenzi suffered the rupture of the anterior cruciate ligament in his left knee. This right in the day of Antonio Rudiger is back after a long absence. On the day also our former sprinter Gervinho suffers the same injury on his left knee. It seems incredible, sad but true. Last night we still hoped for a minor thing, saw the Doctor’s statements but then reviewing the footage on TV the impression was of a serious injury. So welcome back Rudiger and best of luck to Florenzi, waiting for Mario Rui as well.

The match: Roma did not start very well against Sassuolo, team was a bit a static at first, but then once the opponent’s goal it immediately felt saw that there could be a winning return, the feeling that the goal would come sooner or later. Before were the crossbars, then always close by a whisker on several occasions. In the second half a storm of attacks was unleashed with Edin Dzeko great again who scored twice, many assists and help in the movement of attack. They are now 10 games and 10 goals. Best goalscorer in Europe. If last year was unwatchable, though earlier in the season we were all a bit skeptical about his recovery now we can say, Dzeko has won his bet with us and the rest who criticized him. 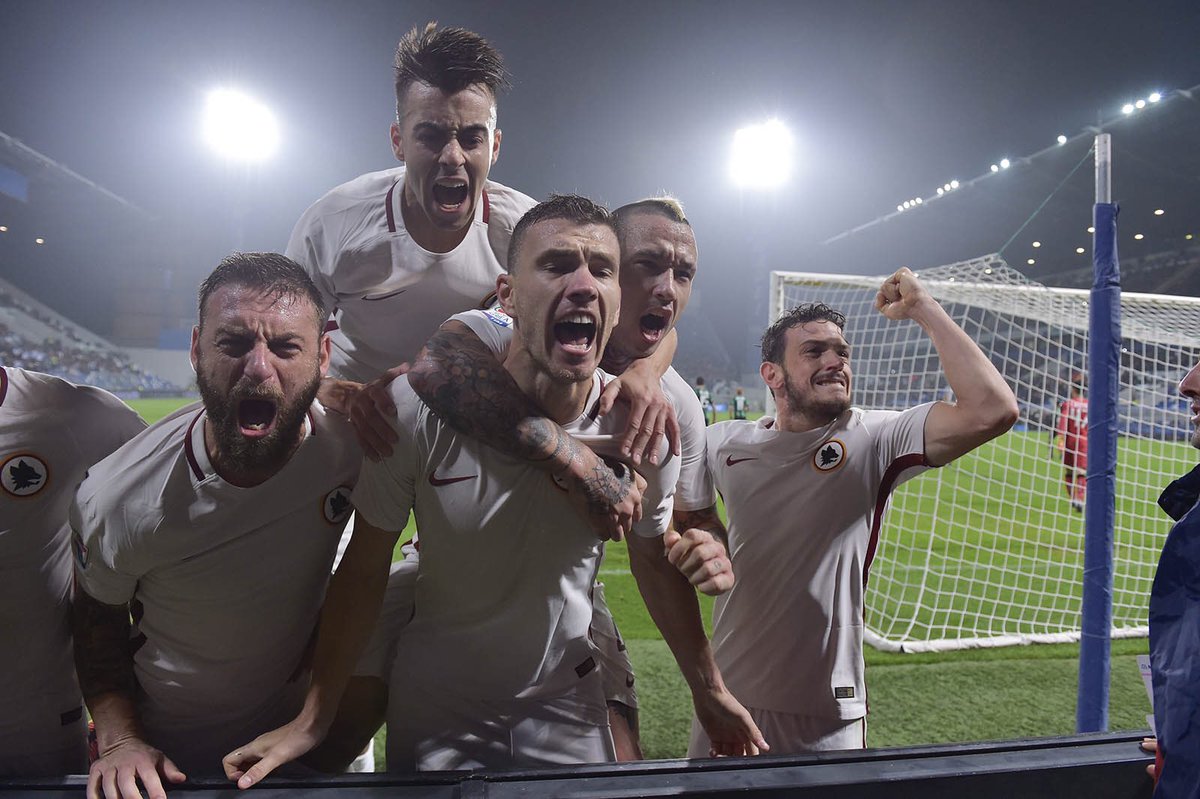 If last year it was right for us to criticize, now we can only praise him.  He’s as a great professional and does not show any bitterness against anyone. Applause.

Now, Roma are always two points behind Juve, the standings unchanged apart from Milan who lost.  We are sorry for Florenzi but we have to be good at not giving up the bone, we hope that along with Rudiger we will have Bruno Peres back for the right wing, and Vermaelen too. Next away to Empoli, a team that has scored very little, so let’s take the Castellani Stadium by storm ,and with personality, like last night. We don’t give up the bone. Go on Roma!