Christmas and New Year, plenty of English premiership to watch on TV and no Italian football due to the usual long holidays.

Today Roma were back to play in the Italian Serie A, a nasty fixture away to Genoa is the worst way to restart, against a team who beat Juve, Milan and Fiorentina on their home soil. But it went well. A one nil win thanks to an own goal by the Genoa defender.
It was a good match to match, both teams looked sharp;  Roma started strong having wasted a couple of opportunities upfront by Dzeko and Nainnggolan. Then after the goal Genoa started to come closer to the Roma goal but it took an excellent defense to keep their attacking force at bay.  Without Manolas, the backline with Fazio, Rudiger and Jesus guarded well our goalie. 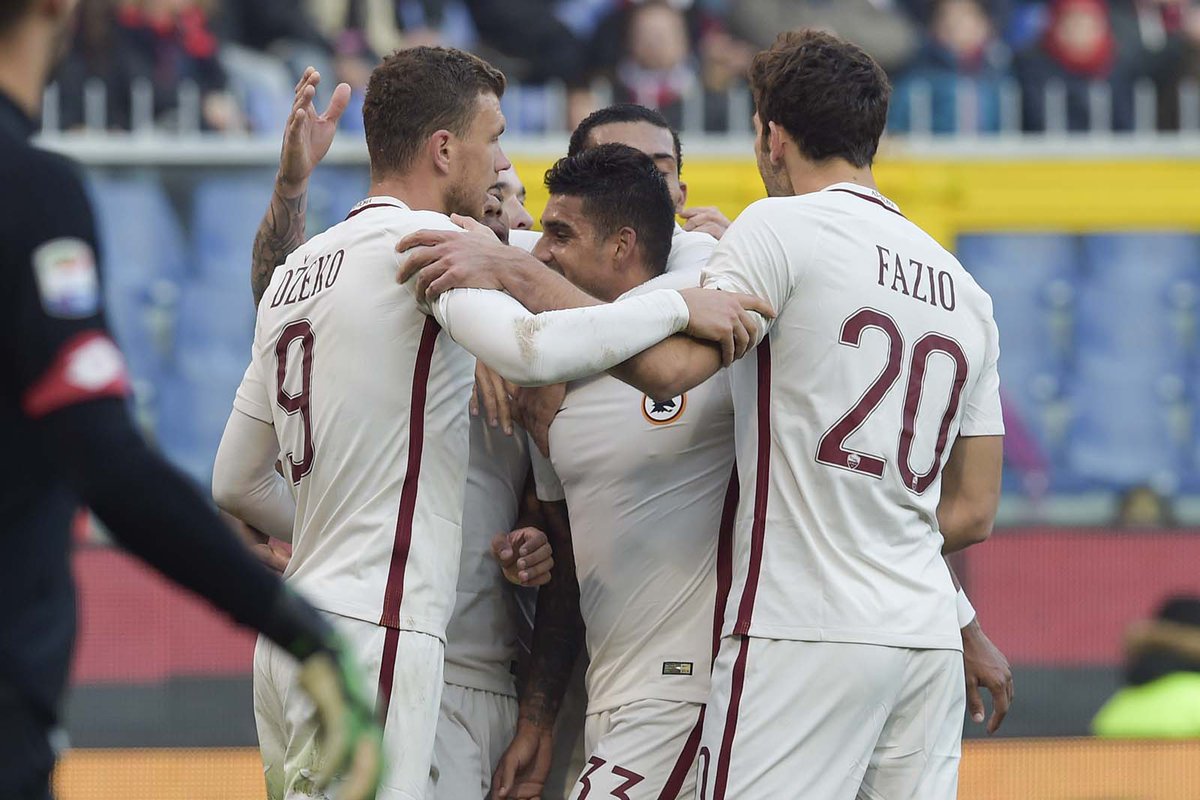 The midfield was directed by Radja Nainnggolan as usual, always looking strong on the ball. Another solid performance by Edin Dzeko helping out at the back while creating goal opportunities. Genoa only threatened at times, but it was a deserved one at the end.
It was a cynical display, a “Juve type” of win. The one we were looking for. And it came on the day we restart the campaign. NapolI won too, Juve and Milan play tonight.  The chase is on. New players will arrive at the January transfer window.  We must keep going! Daje! Forza Roma!
CLICCA QUI PER ACQUISTARE IL MERCHANDISING DEL ROMA CLUB DUBLIN!