A bad joke. Only Halloween witches for Roma, while Empoli take the trick. Strange match that of the Castellani Stadium. Initially  Roma begin strong by missing a couple of chances with Dzeko and Salah, then the game goes flattened somehow, and the first half is gone without too many jolts.
Empoli is not a passive team of the likes of Palermo or Crotone; in fact resembles more Sassuolo’s mentality.  Not only manages to hold well but also aims with dangerous counterattacks in the second half. Roma begins to put pressure a bit too late especially with El Sharaawy, not as much with Salah. The Italian-Egyptian becomes dangerous, and only Empoli’s goalie Skorupski denies him with some close range miracles. 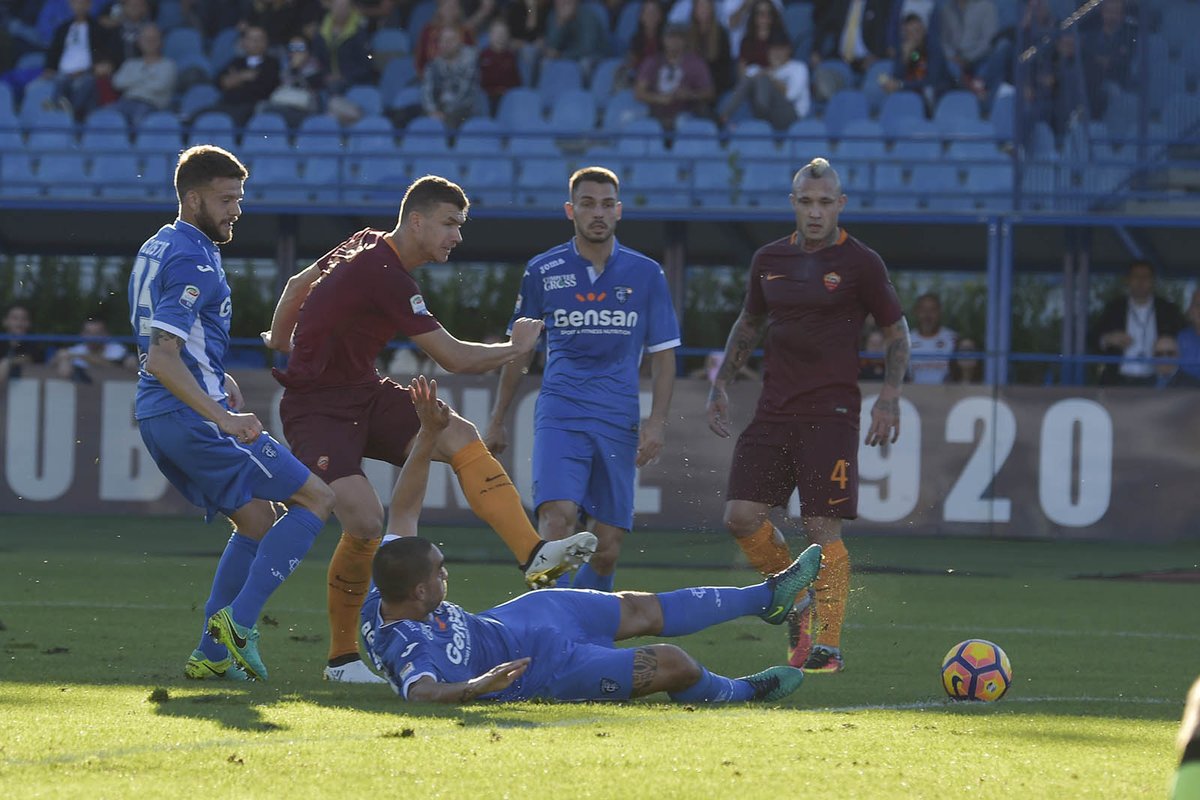 You can not say the same for the other Egyptian, negative protagonist of the day for us.  Salah is too casual, controlling the ball or passing. Resounding was the chance he has in injury time in the penalty area where instead of serving a teammate he decides to let himself fall getting also yellow card. In short, two points lost. Juve is now less 4. But it could have been worse. Empoli had a couple of opportunities that could be costly. The team played to win but we did not show enough quality upfront. A bit unfortunate but also a little casual. An endless refrain.
As for the individual performances, Paredes did not feel up to the job today, slow and predictable, Bruno Peres returned in action as Rudiger. Dzeko moved well but lacked support. In this sense, the entrance Perotti turned out late. If he had entered before we might have taken the trick for Halloween?
Next Austria Vienna on Thursday and Bologna on Sunday.  No time to think. Head down and ride on.
Stefano Sale @ AS Roma Dublin Ireland