Edin Dzeko said it after the game. If we play like this we will not win the derby.

We agree with him. If you start on fire with two goals in the first ten minutes as a prelude to a large win, but then you disappear against a rock bottom team there is a reason. Once again last night another similar case to which ones we saw in Bergamo or alter circumstances. When a team gets up the pace and is attacked Roma begin reeling. 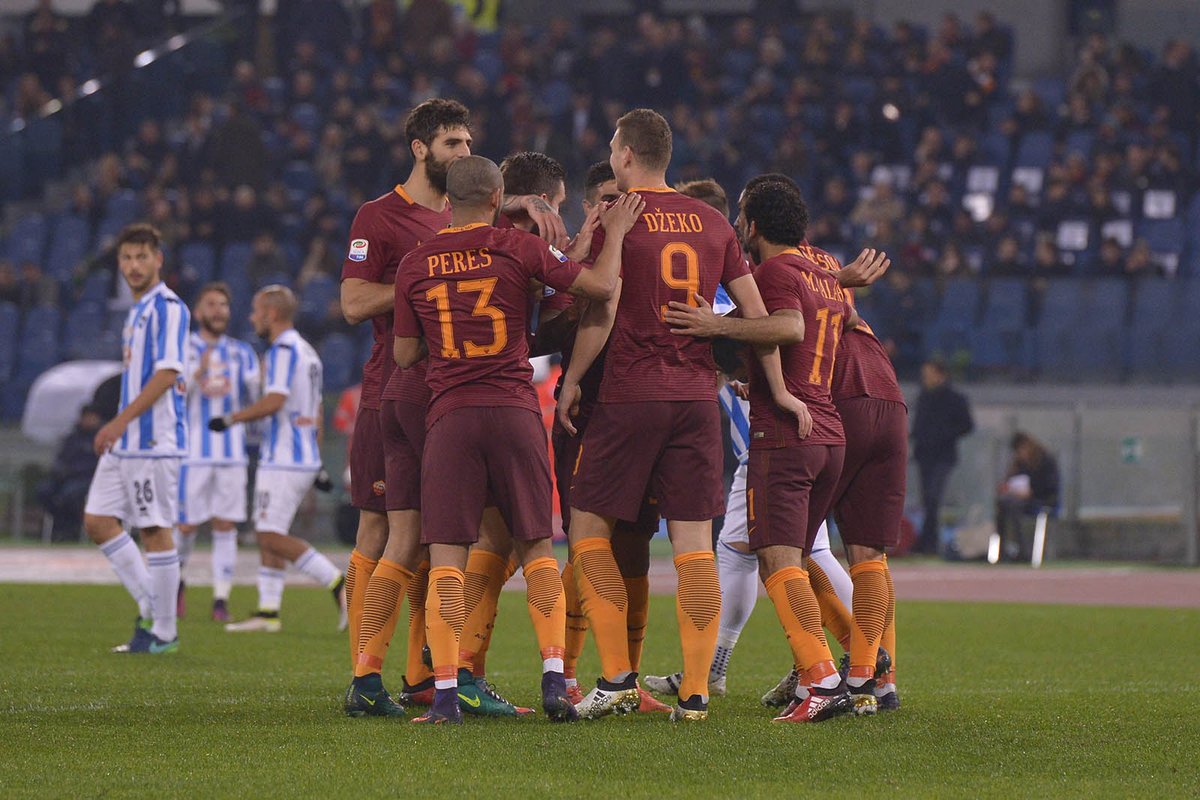 Just like dolphins, Pescara started to squeeze through the Roma defense so much in the second half that they almost got the equalizer were it not for a couple of Sczesny miracles, still among the best in the field.  Edin Dzeko the other exception, he comes back to help, fights and scores another two goals. Spalletti urges him to do more, but we believe it does not tell the whole. Even the coach knows that Dzeko’s words are true; if you don’t not sweat and fight for 90 minutes you will not win,  especially against an on form Lazio.  They will be dangerous to play this time but at least we can say that at last we have a derby that counts at the highest level in Serie A.

There, now begins the derby week, there is at lot to play at stake. The defeat of Juve must give hope but if don’t do your homework then everything is nothing. The Bianconeri host the other surprise of the championship that same Atalanta who had put us on the ropes continues to impress. We all hope they can do yet another miracle, but then we know that at the Juventus Stadium will not be easy to repeat against with a Juve with a grudge.

It will be down to concentration and the will to fight in the 90 minutes to decide who wins the derby. The coach is expected to field only those who are’ able to give this type of contribution. We have already in mind the 11 starting line-up, and if the coach listens to us …For now let’s stop here. Looking forward already!  Daje! Forza Roma!