Not just two dreadful Lazio mistakes. Roma claimed a 2-0 win thanks to the tactics adopted by Luciano Spalletti.  Like in a boxing match, in the first part Roma waited Lazio to come out from their half, but they hardly posed a threat, well contained by the back three or even four every time they tried to launch an attack.

In the second half, Roma did exactly what Lazio did not expect, starting aggressive from midfield to push their defense backwards. The increased pressure came from Strootman and Nainnggolan in the middle and by Peres and Palmieri on the wings. De Rossi, Manolas and Fazio well guarded the backline when Immobile and Anderson tried a bare counter-attack.

Roma were absolute dominant. Wallace handed Roma the lead when he lost the ball to Kevin Strootman to chip it over Marchetti. Then, doubled thanks to Radja Nainggolan long shot from 35 metres.  Before that, Edin Dzeko had squandered at least two massive chances to put Roma ahead. A penalty was awarded to Roma by the referee but then the linesman official opted for a free-kick outside the penalty area. Nevermind. 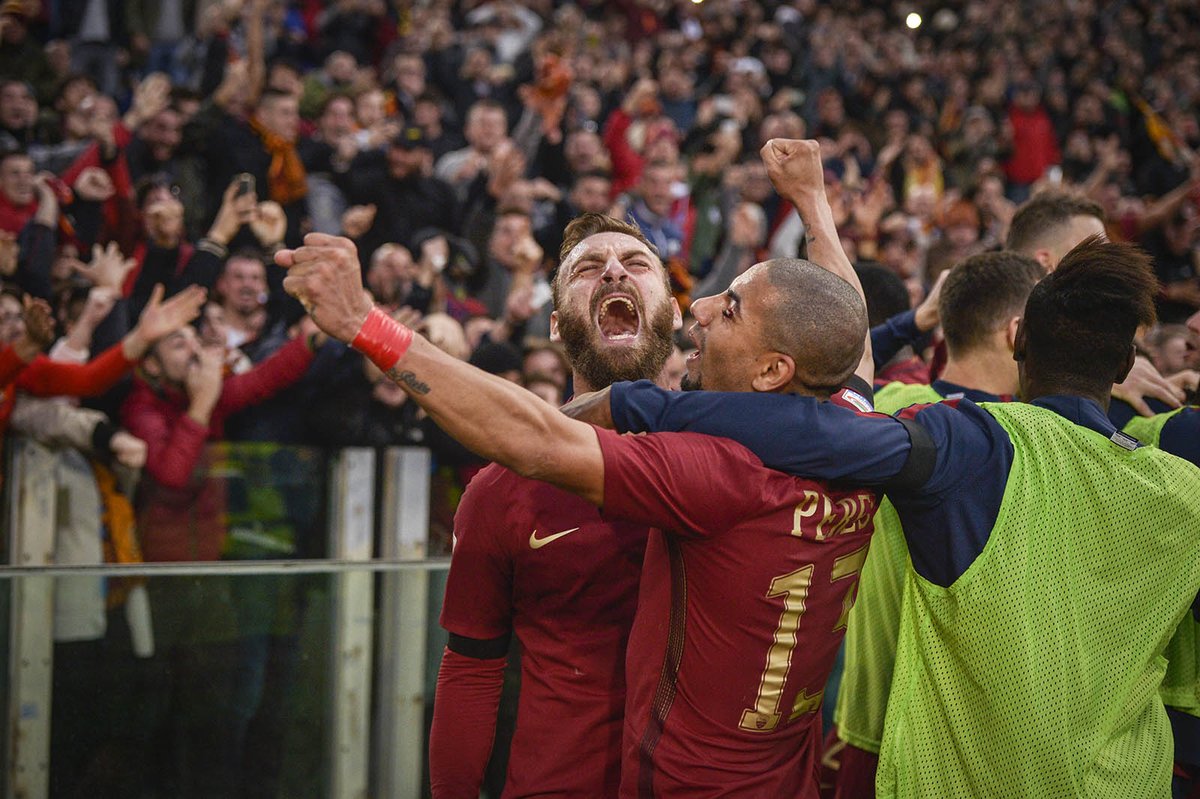 Lazio did not accept the result. They haven’t won a single derby since the Coppa Italia final in May 2013.  So, they started their usual kicking around.  The already hot-environment was eventually fuelled with scuffles involving all players and match officials.  Then Strootman squirted water in the face of one of the Lazio players on the bench, who then grabbed the Dutchman’s shirt by the collar. Yet, part and parcel of a Rome derby.

Last but not least:  Senad Lulic racist type of comments against Antonio Rudiger were appalling and unjustified. He should be given a long match ban and fined by his own Club. The Olympic Stadium was kind of full on the Lazio side but half empty on the Roma side. The strike goes on but Roma is happy again! The Derby is once again blood and gold!